9th January to 1st May

Wiradjuri artist, Glenn Loughrey, explores his relationship to Country in this opening exhibition at Murnong Gallery, Glen Iris. Loughrey is known for his probity and commitment in exploring the dynamics between the dominant culture and the oldest living culture on the planet. He doesn’t shy away from making political statements, as according to him all life is political if lived consciously and mindfully. He sees his work as an invitation to engagement and listening, a body of work that forms an anthology of being.

‘The Australian landscape is a contested space where the two competing stories of First Peoples and Colonialist vie for recognition or dominance. Every space has at least two stories and it depends which one we preference as to the story that gets told.’
​
Currently on show at Murnong Gallery, Glen Iris. 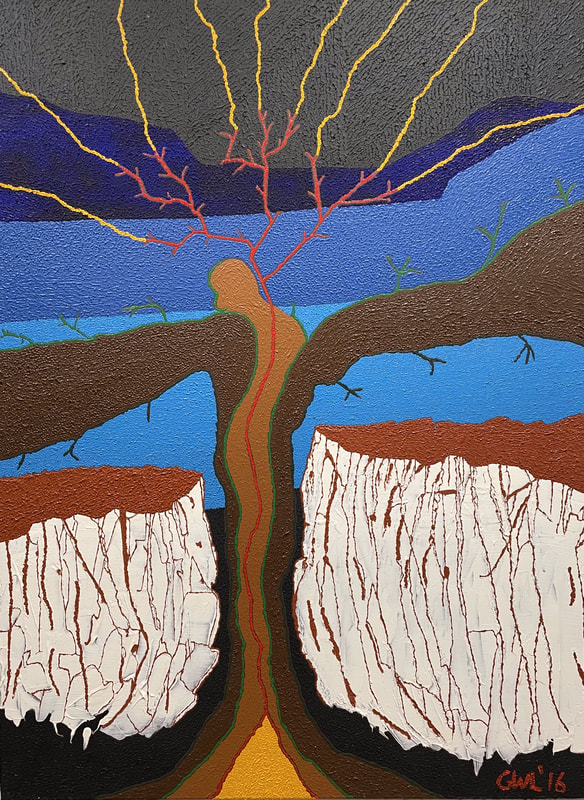 Turning to the Heavens and Earth by Glenn Loughrey