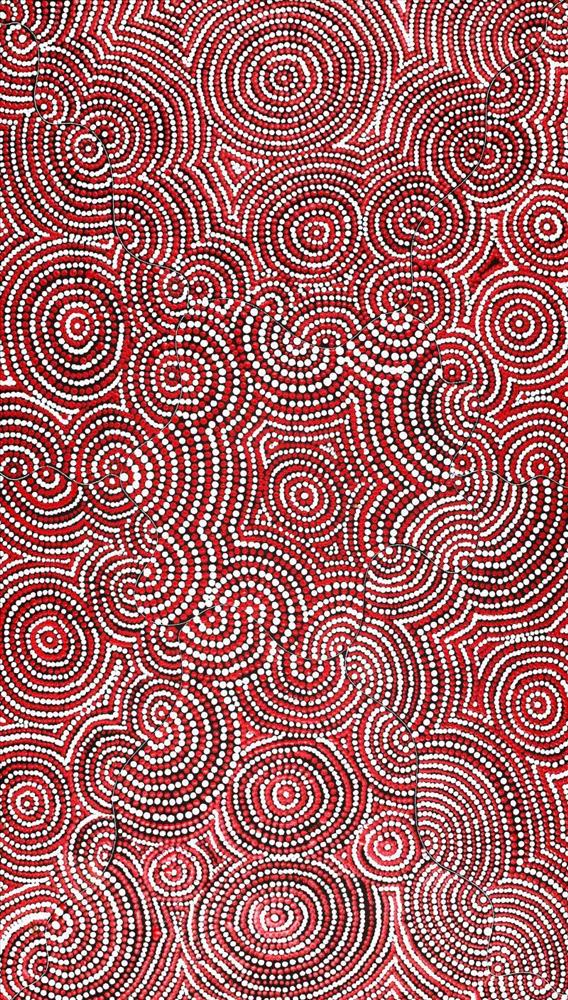 'Janmarda' (bush onion [Cyperus bulbous]) are small bulbs found in the soft soils on the banks of sandy creeks. One of the main sites for this Jukurrpa is Purrupurru near Wakurlpa, to the north of Yuendumu. The custodians of that site and story are Napaljarri/Nungarrayi women and Japaljarri/Jungarrayi men. The women were collecting and cooking 'janmarda' when they saw an old Jungarrayi called Warungurla who had been travelling from the west. He was hiding in the bushes, watching the women and wanting to make love to them. He had an enormous 'ngirnti' penis that was long like a hose and that entered the ground and came up near to the women. They were frightened of him and tried to hide. When they saw his 'ngirnti' they beat it with their 'karlangu' (digging sticks), killing the old Nungarrayi, who can be seen today in the form of a large stone figure at Purrupurru.