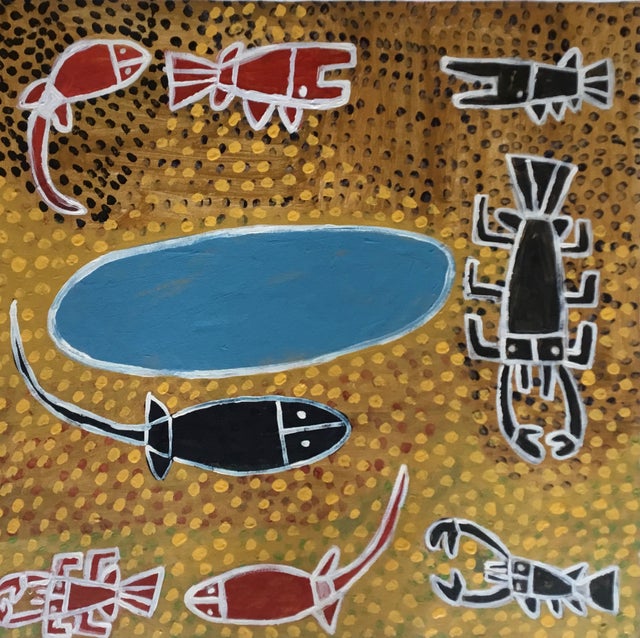 Danny paints his totems - Stringray, Freshwater Cray and Barracuda are swirling in space sometimes with mangrove trees, the Maria Lagoon from his uncle's land, and also very often a hill which is a local landmark and an important cultural icon.

The work is full of his position as a Marra man and is almost always rooted in Limmen Bight country. In 2002 Danny Riley, upon the death of his uncle, Ginger Riley Munduwalawala, inherited an old shack on Limmen Bight Country in the Gulf of Carpentaria. During the last part of their lives, both Marra men painted at the shack, situated at Maria Lagoon (Wamungu), their rich imaginative worlds reflecting an integration of intimate knowledge of the multiple complexities of their lands, including kinship with animals that live there, and the artists’ responsibilities as custodians, embedded in ancestral connectivity and relationship.