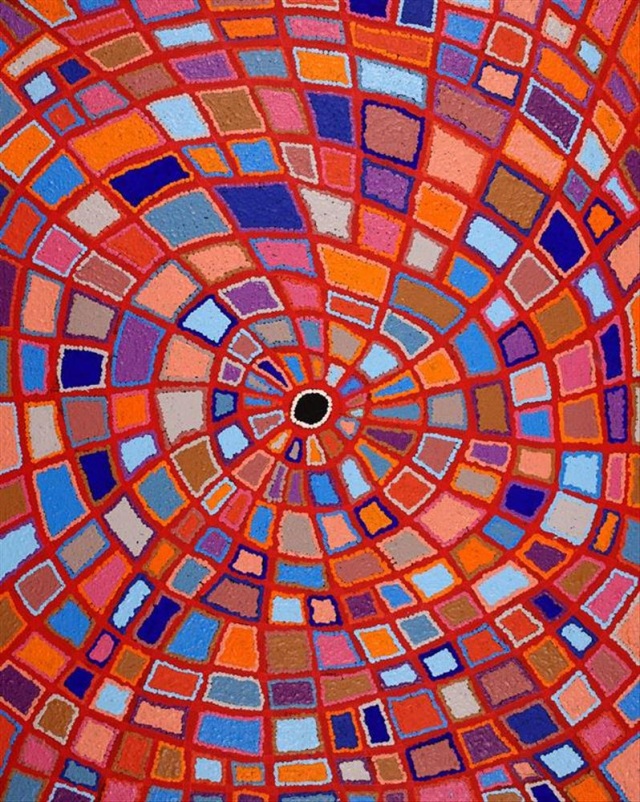 This canvas is currently stretched but can be destretched for posting.