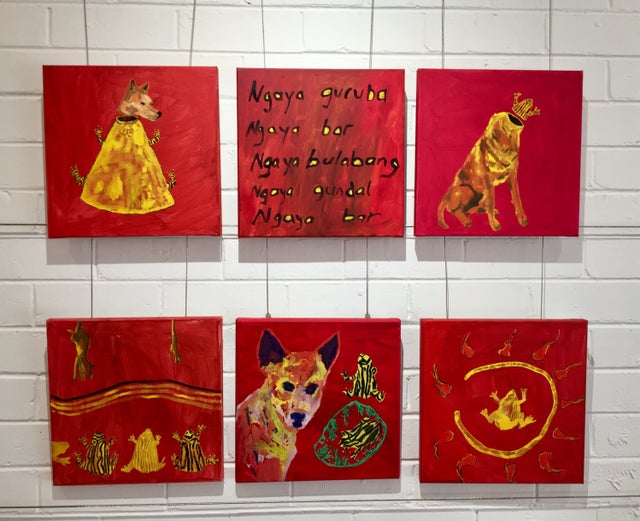 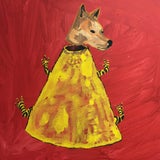 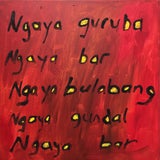 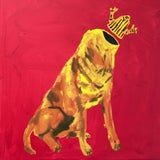 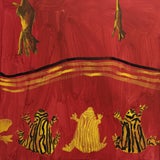 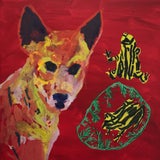 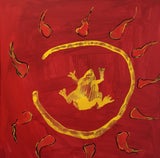 K is for Kin. The alpine Dingo and the Corroboree Frog are both creatures that live on Ngarigu Country and are kin. This work was created in the first coronavirus lockdown in 2020 and really is a visual mediation of the feeling of containment. Both the creatures are on the verge of extinction, with the dingo seen as a threat to livestock and the Corroboree Frog being bred in the zoos of Sydney and Melbourne for release back into the wild. Both the creatures are contained on country and threatened. I am them and they are me.