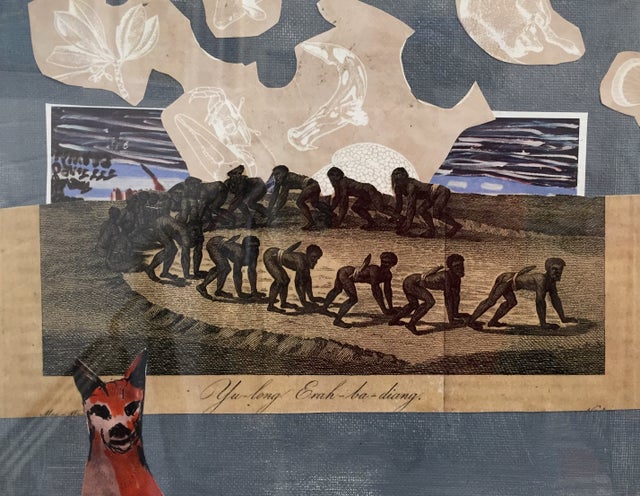 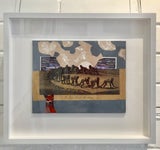 This collage uses illustrations of Aboriginal people from the 19th Century. It was part of a group of works created for the show ‘Squatters and Savages’ which was on show at the Art Gallery of Ballarat in 2017 and Benalla Art Gallery in 2018. It also showed in the Blak Dot Gallery here in Melbourne in 2019. This work is a celebration of the dingo and how much part of Aboriginal Culture it is.

WE ARE HERE – group show- State Library of Victoria