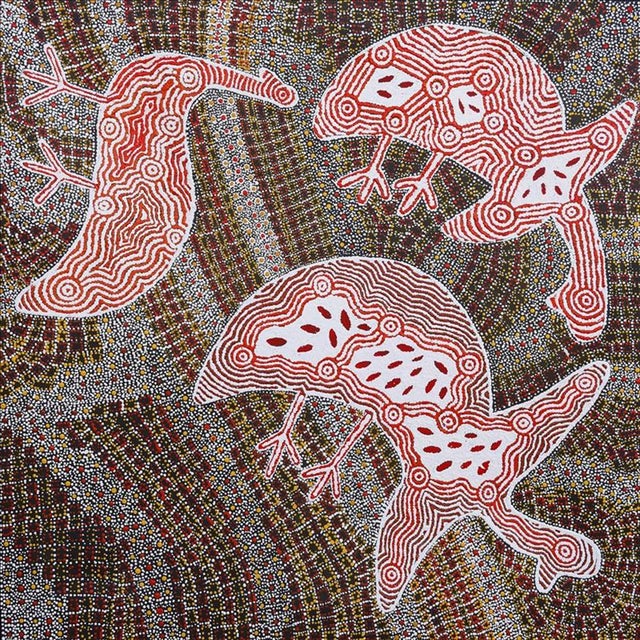 This painting depicts one of many ‘jurlpu’ (bird) species that live

different habitats for birds to live in. Many bird species live

People hunt some of these species for meat. The most popular

tell people when rain is coming, including the ‘jintirr-jintirrpa’

cries of other birds, like the ‘kirrkalanji’ (brown falcon [Falco

People also use messages from birds to help them hunt. The

[Manorina flavigula]) cry when goannas are nearby. People

know to run quickly when these birds cry, so that they can

In Warlpiri culture, ‘jurlpu’ (birds) are associated with a

number of different ‘Jukurrpa’ (Dreaming) stories. Some are

even associated with major ceremonies, including the