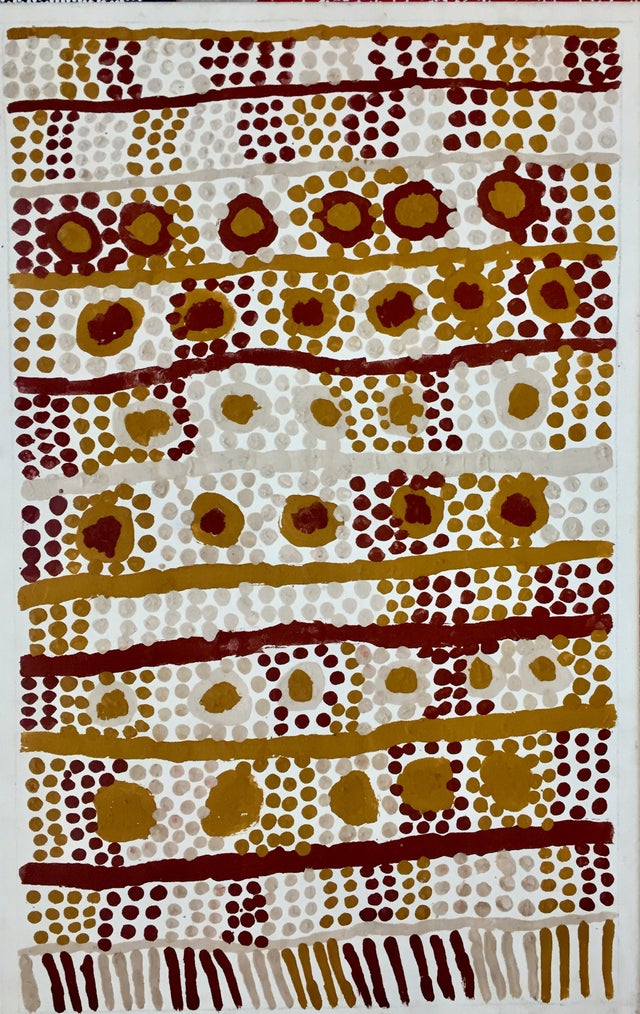 Freda lived on Bathurst Island until she moved to Milikapiti on Melville Island about 1970 when her husband Alvin John Burunjamidi and her brother-in-law were working at the local sawmill. She had 4 children: her first child Linus was born in 1950 and her youngest Pamela was born in 1963.

Her painting experience was specific to painting for ceremonies until 1996 when she had the opportunity to paint on canvas and paper at Jilamara, and later printmaking. Her own style of art was very influenced by watching her father and the designs he created painting on ceremonial pukumani poles.