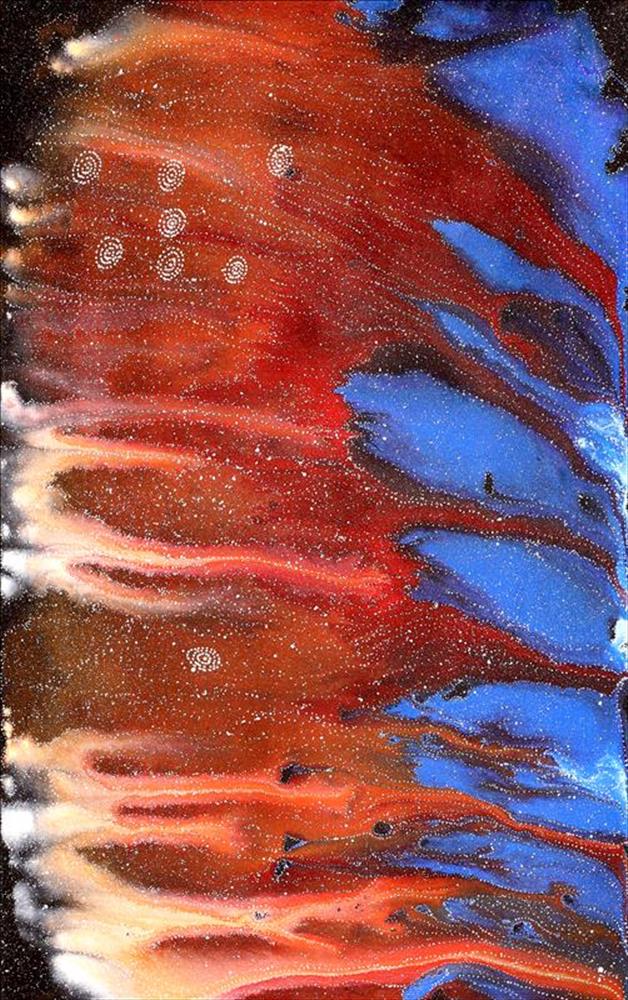 Currently stretched, and can be destretched for postage