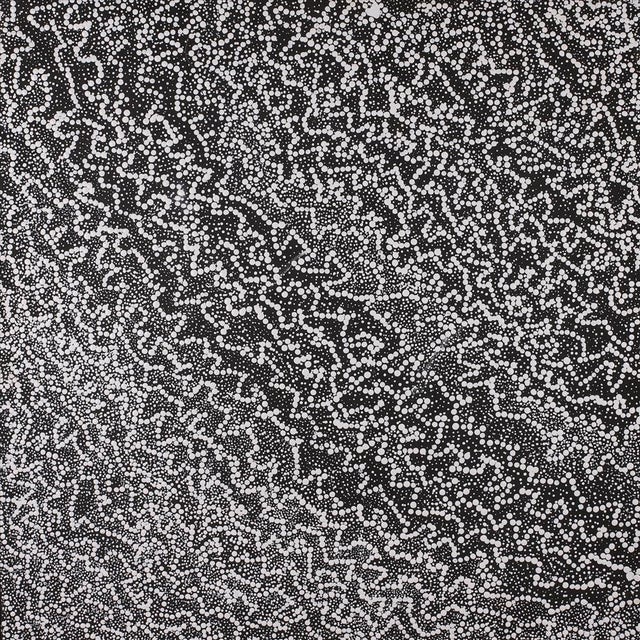 This painting tells the story of a Jangala ‘Watiya-warnu’ (acacia Tenussiuma) ancestor who travelled south from a small hill called Ngurlupurranyangu to Yamunturrnga (mount Liebig). As he travelled, he picked the ‘watiya-warnu’ seeds and placed them in ‘parrajas’ (food carriers), one of which he carried on his head. Watiya-warnu is a seed-bearing tree that grows in open spinifex of mulga country. When people returned to their camp after collecting the seeds, they would make large wind breaks for shelter and winnow the seed in the late afternoon. Immature ‘watiya-warnu’ seed is ground into a baste and can be used to treat upset stomachs.