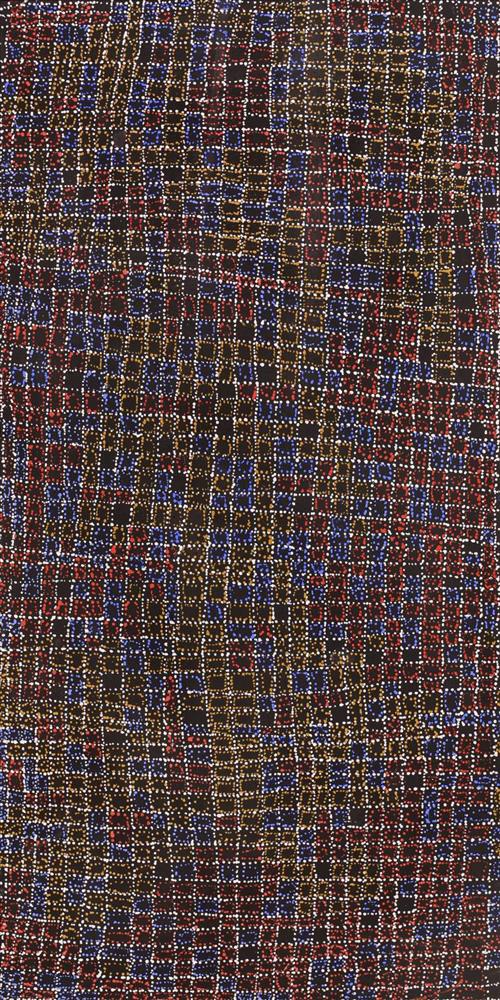 This beautiful piece depicts the Water Dreaming at Pirlinyarnu (Mt. Farewell), west of Yuendumu. It tells the story of two Jangala men, rainmakers, sang the rain, unleashing a giant storm, that collided with another storm from Wapurtali at Mirawarri.

The storm eventually got too heavy for the falcon. It dropped the water at Pirlinyarnu, where it formed an enormous 'malaria' (clay pan).