water and EARTH are all one thing

Danny was the nephew of renowned Aboriginal artist Ginger Riley. When Danny inherited an old shack at Limmen Bight from his Aunt, he moved there from Borroloola to teach himself himself to paint. His exuberant figurative work expresses his fascination with the life forms or 'Bush Tucker' at Maria Lagoon....Barracuda, Stingray and Freshwater Cray, the creatures themselves are compelling in their activities and movements around the waters of Maria Lagoon. Danny had one very successful exhibition before he passed away in 2007. ​
​

Ed has been painting sporadically for 40 years and was taught by his mother who raised him while living at Point Pierce Mission Station, Wallaroo, on the Yorke Peninsula, SA. Ed’s mother is from the APY Lands and his father a Nurranga Googtha man.
Ed’s mother’s family were fishermen and Ed started fishing at 5 years of age and became a professional fisherman by the age of 15 at Port Victoria, SA. Ed’s work reveals his love for fish and other aquatic life.
Ed started painting seriously at approximately 30 years of age. When he paints he thinks about his youth, living on the Mission, fishing and about life.
‘I love painting but I value people more than painting. I’ve always valued people. Art is just the expression of someone’s thoughts.’
Eddie is the father of footballer, Gavin Wanganeen. 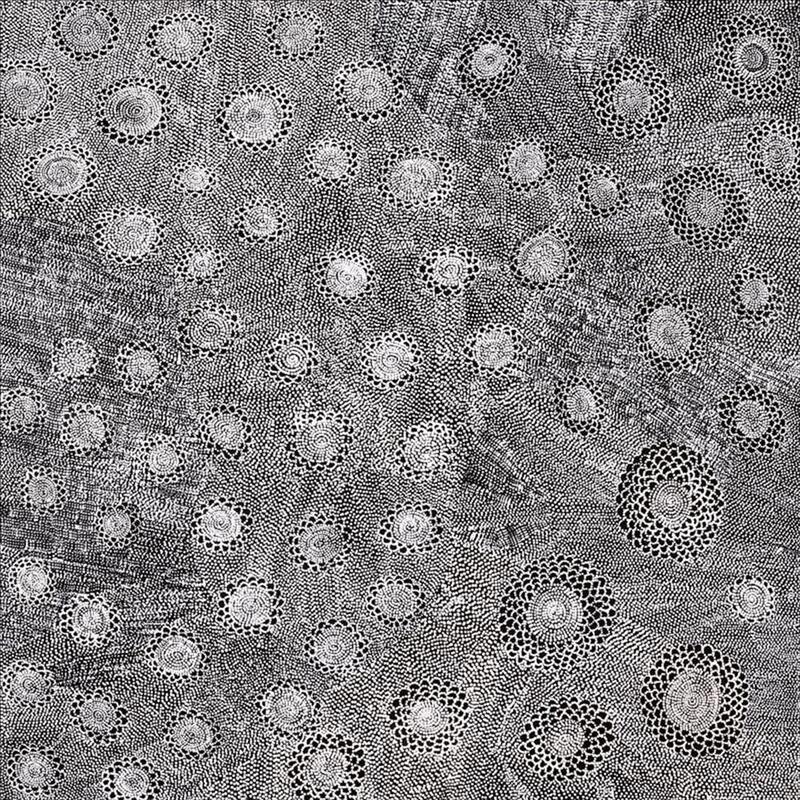 event: the comfort of water and big Tree dreaming

A spirit of place conversation with Maya Ward, author of The Comfort of Water, and Jacqui Wandin, Wurundjeri woman and sculptor, who will discuss their work and profound connection to the waterways of Birrarung (Yarra) and Coranderrk, and the awe-inspiring trees that live there.

​Maya Ward is passionate about deepening the connections between body, ecology and culture through writing, dancing and tending the earth. She has a PhD in Creative Writing, and is beginning to teach what she’s learned about the role of embodiment  in facilitating ecological awareness and personal and social transformation. Her earlier memoir, The Comfort of Water: A River Pilgrimage, told of her walk from the sea to the source of the Yarra, following the length of a Wurundjeri Songline. She has worked as an urban designer, permaculture teacher and in bushland revegetation. Currently she lives on the banks of the Yarra and co-creates pilgrimage-based ritual, teaches dance, shares her knowledge through public speaking, and grows food with her home community in the mountain village of Warburton. Maya will discuss her books examining our relationship or sense of place with Birrarung and the inner life of the natural world - a glimpse into the dreams held by seeds and their co-creative unfurling into the giant trees of the Yarra Ranges.

Sharing culture gives Wurundjeri artist, Jacqui Wandin inspiration. Sharing stories and artistic technique with other artists around the fire feeds her creative process. She walks on Country, at Coranderrk, looking for big fallen branches that become the material for her work. Jacqui 'meets' the timber, rubbing her hands over every part, asking her ancestors by name to guide her work.
'What I’m doing is a part of them'. Jacqui creates tarnuks (wooden bowls) which represent everything to sustain life. 'They carry water, food and babies. Like a cradle, they nurture us'. Jacqui will share her reflections on her relationship with the Coranderrk Creek and Birrarung (theYarra River) and the giant manna gums that grow along Coranderrk Creek at her home.
​

​
Warlukurlangu Artists is a prolific and successful Aboriginal-owned art centre in Central Australia and has work in collections across Australia and internationally. The principle aim of the art centre is to share Warlpiri culture and to increase awareness about Aboriginal culture in general. Warlukurlangu Artists Aboriginal Association is the guardian of the Jukurrpa, the law and culture of the Warlpiri and Anmatyerre people living at Yuendumu.
​
These acrylic paintings, as a collection, are a powerful tool of contemporary artistic expression, demonstrating diverse and collaborative methodology, and the artist’s ability to capture the vitality of Jukurrpa and its essential, vital integration with country. The artists’ Jukurrpa stories are vast in time and space, yet simultaneously acute, personal and immediate. 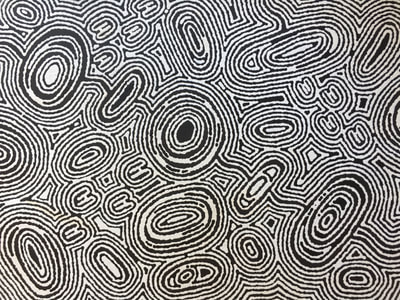 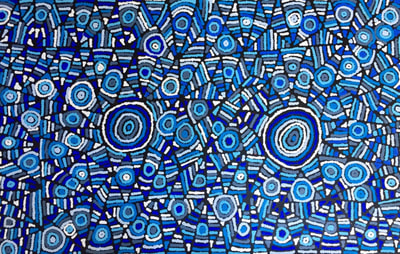 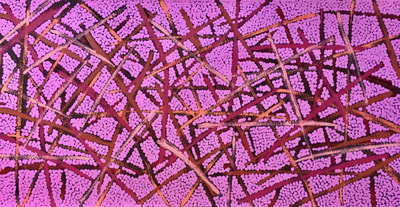 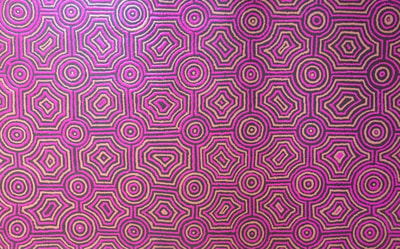 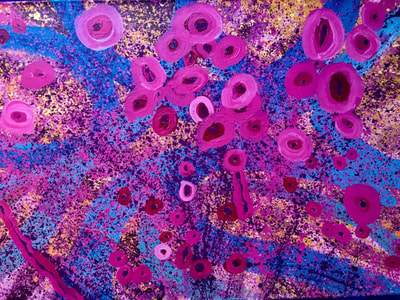