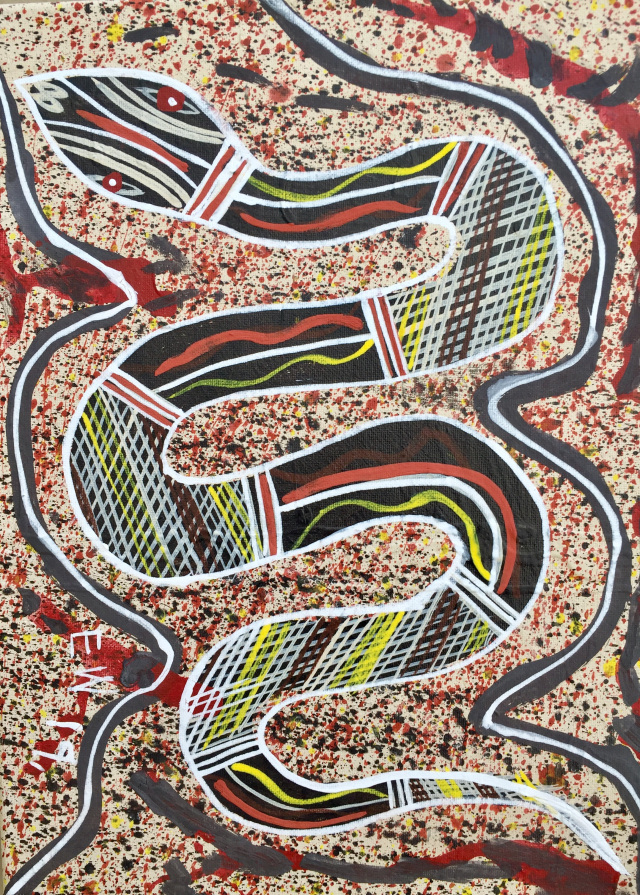 Edward has been painting sporadically for 40 years and was taught by his mother who raised him while living at Point Pierce Mission Station, Wallaroo, on the Yorke Peninsula, SA. Ed’s mother is from the APY Lands and his father a Nurranga Googtha man.

Ed’s mother’s family were fishermen and Ed himself started fishing at five years of age and became a professional fisherman by the age of 15 at Port Victoria, SA. Ed’s work reveals his love for fish and other aquatic life.

Ed started painting seriously at approximately 30 years of age. When he paints he thinks about his youth, living on the Mission, fishing and about life.

‘I love painting but I value people more than painting. I’ve always valued people. Art is just the expression of someone’s thoughts.’