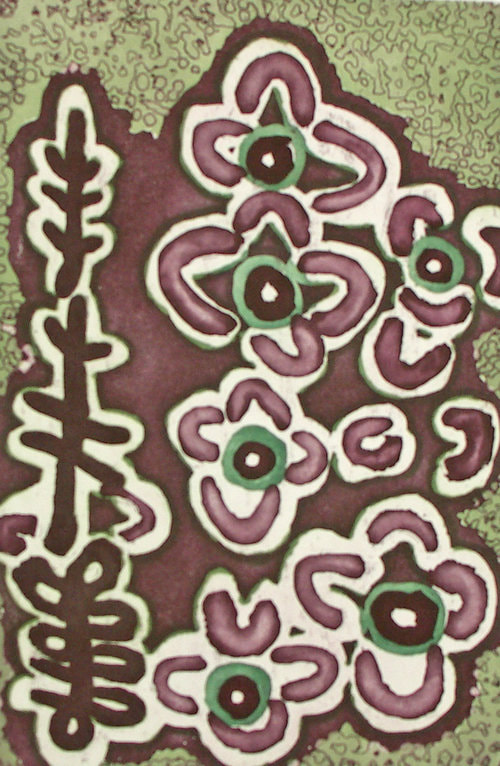 The goanna, Liwirrinki (burrowing skink; peristalsis species) called Wamarru was a Japangardi from a place called Manceo West of Yuendumu. Wamarru had fallen in love with Yulgrin, a Nungarrayi. She was from the wrong skin group.

She had been singing him. So Japangardi, he had been travelling to the place where the Nungarrayi lived. Warmarru turned into a man and made some bush string and then a love belt. He put on his belt and sang that Nungarrayi, Yulgrin.

He made love to that Nungarrayi woman and took her back to his country. Two men made a big bush for the two Liwirrinki (lover-boy and lover-girl) who ran away together.

The print shows women, (U) shapes, sitting in a group performing the ceremony for this story with a ceremonial digging stick in the centre. The male and female goanna ancestors are also depicted.