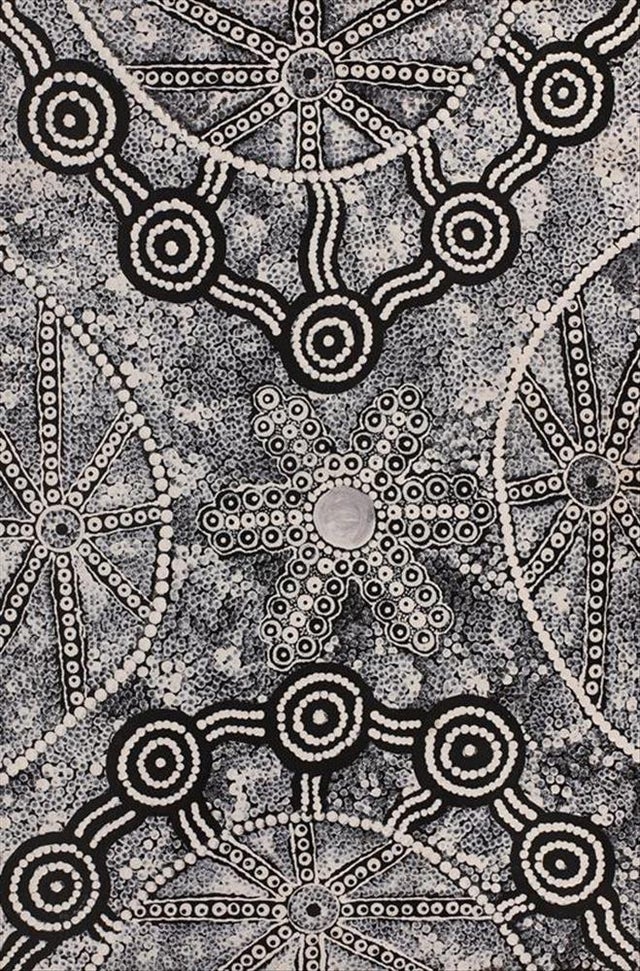 This painting depicts Napaljarri and Nungarrayi women (often shown as ‘U’ shaped figures) collecting ‘ngarlkirdi’ (witchetty grubs) in an area known as Kunajarrayi (Mount Nicker) 200 km to the south-west of Yuendumu. Witchetty grubs can be eaten cooked or raw and are edible in all phases of their life cycle. The design of this painting also symbolises important features of initiation ceremonies for young Japaljarri and Jungarrayi men. The area contains many caves (‘pirnki’) overlooking an important ceremonial site associated with the Ngarlkirdi Jukurrpa. This story belongs to the Nungarrayi/Jungarrayi and Napaljarri/Japaljarri subsections. In Warlpiri paintings traditional iconography is used to represent the Jukurrpa, particular sites and other elements. Circular shapes are often used to depict the important sites for the ceremony and the long straight lines represent ‘witi’ ceremonial poles, which play an important role during the initiation ceremonies.